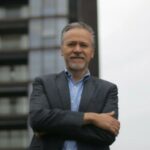 All Posts
Ernesto is a seasoned nature and wildlife photographer with over 25 years of experience shooting natural history. His photographs have been selected as winners or finalists in several national and international contests, including finalists in the U.K.’s Wildlife Photoprapher of the Year 2013, Italy’s Oasis Photo Contest 2014 and France’s International Wildbird Photo Competition 2015, besides several contests in Mexico. He is an active member of the North American Nature Photographers Association (NANPA) where his work has been selected and published in NANPA’s Showcase within the 100 best photographs of NANPA in 2015. His appetite for adventure and his love for nature and photography have taken him to visit remote areas of the world to shoot nature at is best, including the Kinanbatangan River in Borneo, the Taman Negara region in Malaysia, the Cuiaba River in the Brazilian Pantanal, the eastern Amazon River in Peru and Colombia, the Sea of Cortes in Mexico, and several of the National Parks in the United States, among other regions.He is a committed conservationist and an editorial writer for Reforma Group, one of the main news media groups in Mexico, where he contributes with a biweekly column focused on economic, environmental, and animal welfare issues.
PrevPreviousHightlight People 14°edition
NextHightlight People 14°editionNext