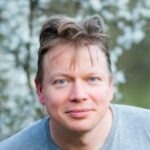 All Posts
I was born in 1982, I currently live in Göd. My nature photography activity was preceded by my interest in the nature of my childhood, so I became a member of the MME soon, and I participated in various ornithological surveys in Börzsöny and along the Danube. I graduated from the University of Szeged in environmental sciences, specializing in nature conservation (Environmental Science Researcher).From 2007 I take pictures consciously. I train myself in an autodidact, and I am a member of the Nimrod Club. My favorite themes are the strange moods, interesting close-ups and compositions that I usually capture in the lights of the blue and the night. I often experiment with elaborating a more exciting topic, the emphasis is on the abstract and unusual presentation. With my photos, I would like to see the miracles that surround our lives, but often “invisible”!In recent years, I have been successful in the most prestigious national and international nature photography competitions.My main achievements: – The BBC Wildlife Photographer of the Year 2016, “Highly Rated” Two Images – GDT European Wildlife Photographer of the Year 2015 and 2016, “Highly Rated” 1-1 – Golden Turtle VIII and Milvus VII, First Prize – TransNatura III, Second Prize – Oasis 2014, Asferico IX, Golden Turtle IX and X, TransNatura II, “Highly Approved” Recognitions – Royal Society Publishing Photography Competition 2016, Sony World Photography Awards 2015, Hungarian National Award – Magic Hungary 2015, Grand Prix – Nature Photographer of the Year Hungary, National Geographic Hungary and Bayer Climate Protections
PrecedentePreviousmenzione d’onore altri animali 14°edizione
NextVincitore sezione Storyboard 14ª edizioneSuccessivo